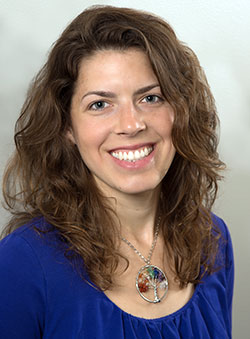 About Body and Mind Physical Therapy

Body and Mind PT strives to heal injuries while educating our clients to sustain their health and wellness, allowing them to move into a state of vitality. Specializing in the physical symptoms associated with PTSD/anxiety/depression, post-concussion syndrome, chronic pain, and autoimmune disorders.

I decided to study physical therapy after experiencing a devastating knee injury in high school. Initially, I was told I would never walk again without a cane. With the help of physical therapy, I surpassed this, returning to skiing and rollerblading as well as many other activities.

My treatment was considered a success, and it helped me choose my career path. However, years later, I became very ill and saw a series of specialists who were unable to identify the cause of my symptoms or manage them effectively.

It was not until I sought the treatment of a practitioner who provided craniosacral therapy, a type of osteopathic treatment, and a modality known as EFT, the emotional freedom technique, that I was able to identify that the shock wave from the impact of the car accident had affected more than the fractured bone in my leg and that the emotional trauma incurred during the car accident had affected my entire body in a way I did not know was possible.

I was able to stop the progression of symptoms and begin to heal using a combination of craniosacral therapy and EFT. My journey toward healing 16 years after my initial injury inspired me to begin Body and Mind Physical Therapy and Wellness to help my clients overcome physical trauma and its emotional impact and to allow their bodies to return to a homeostatic state.

Questions? Send us a message!